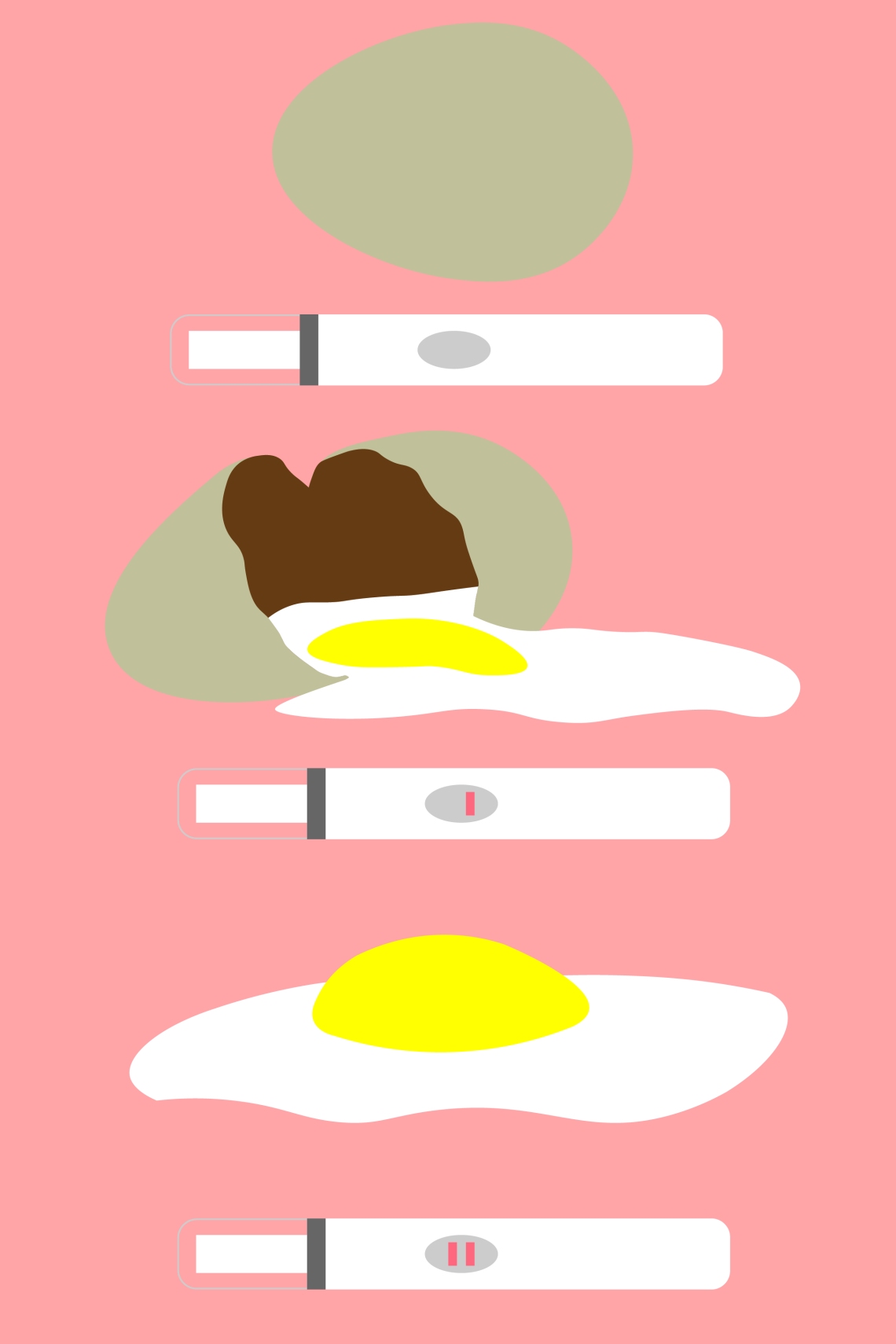 When I was in kindergarten, someone started a rumor that if you eat the black watermelon seed, you will grow one in your stomach. I remember frantically looking around the classroom, trying to recall every bite I had taken, worried that I was going to grow my very own pink and green baby. I didn’t think that my bones could house another body, I didn’t think I could do right by that kind of responsibility.

Four months ago, I sat on the cold bathroom tiles at a local Starbucks, after abruptly leaving class because my body had been identifying all the signs of pregnancy. After riding the bus alone, and buying a pregnancy test alone, I set a timer and patiently waited as my thoughts raced for what felt like the longest three minutes of my life.

how can I harbor another life? I can barely survive myself, I don’t even have meals on a regular basis and I swear to god the only thing I know how to cook are eggs. Eggs. Hard boiled eggs, yellow and white, and eggs that I’ve fried, the eggs that travel and live inside of me. These are my eggs and this is my choice.

is the father going to stick around? Should he be here with me, should I have told him about this possibility? This is not the next nine months of my life, this is the next eighteen years.

One minute and thirty-four seconds,

the debate on abortion is not about religion, regardless of all the different belief systems, you cannot revoke a person’s right to their own flesh and bones despite your own personal moral code. The United States supports not only the freedom of religion, but the freedom from religion; and because it has the separation of church and state, you should not get to dictate what I do with my body.

One minute and three seconds,

I believe that if you do not have a period, do not ovulate or go through menopause, if you do not nourish a being that lives and grows, then you should not get to take away the rights of those that do.

abortions are going to happen regardless of the laws we make, so I think we should focus on keeping it safe. If cis men could get pregnant, birth control would be in vending machines, but instead we have women who have to march for the rights to their own body.

I have never been more excited to see that single pink bar, to know that I didn’t consume the wrong seed, that there is nothing fostering a world inside of me.

I believe that the debate on abortion is not about anybody other than those directly involved. A person should always have complete say over what happens to their own body. And although I’m not sure what I would have done, had that one pink bar became two, these are my eggs, this is my body, and it is my choice.

Layout Editor, What the F Magazine