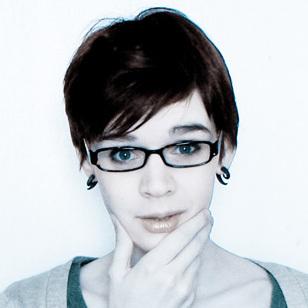 We in the US like to think of Canada as our non-threatening and much more liberal cousin to the north. This week, however, they are making headlines for a human rights violation: detaining a transgender woman in a men’s prison.

British comedian Avery Edison arrived at Toronto’s Pearson International Airport on Monday morning with the intention of visiting her partner and picking up some things she left behind before she moved back to London. Because she had previously overstayed her student visa, she was denied entry and interrogated by immigration officials. Though her passport identifies her as female, the officer regularly switched between male and female pronouns when talking about her on the phone. She even overheard him say that he had “one male ready for pick-up.”

Instead of sending her home to England, Edison was sent to prison. Before the officers determined where to detain her, she was forced to undergo a medical examination to determine her sex. When they saw that she was a pre-operative MTF (male-to-female), they decided to send her to Maplehurst Correctional Complex, an all-male facility. Never mind that her passport identified her as female and that there is a trans* unit at a nearby women’s facility. Her genitals were the only factor in this decision.

Unfortunately, this is not the first time this has happened in Canada. According to the Ontario Human Rights Convention, it is completely legal.

“Transgendered people may be placed with those of the sex with which they do not identify,” it states.

Since violence against the transgender community is widespread in the general population, one can only imagine the conditions within the prison population. If an inmate’s gender presentation is different from the rest of the population, they are far more likely to be abused by staff and inmates alike than their cisgender counterparts. Most people would consider this a cruel and unusual punishment. Not to mention that the law does not even get the terminology right (transgender is widely considered correct, not transgendered) Being humiliated and de-humanized before being sent to a violent environment the way Edison has is something that no one should ever have to experience. Hopefully this awful situation will provoke change in the way the legal system treats transgender offenders.

For more information and updates, check out the #FreeAvery hashtag on Twitter.